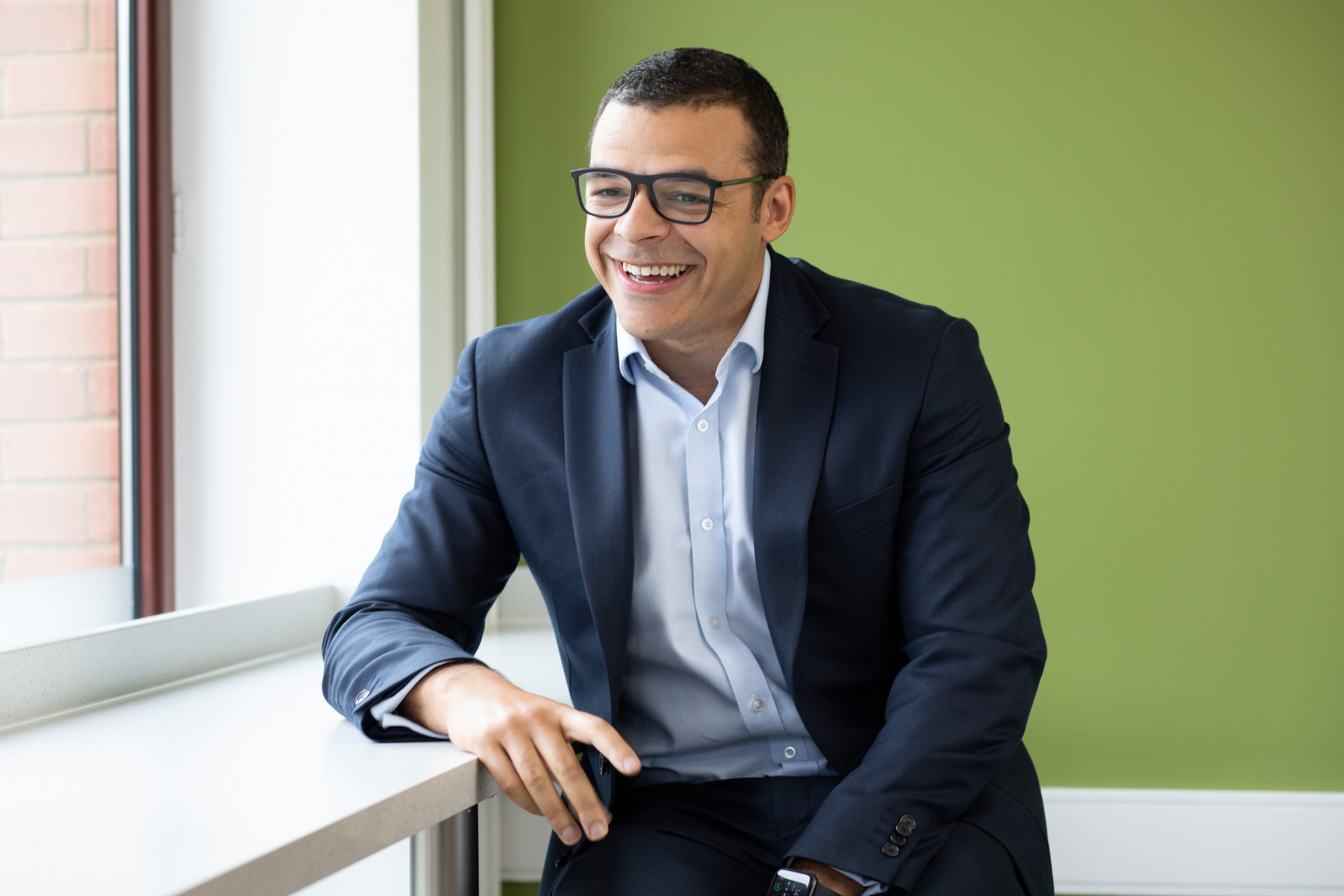 The ability to make and receive payments is critical to businesses and individuals. How we do this has undergone enormous change over the last decade. Instead of cash, most of us have embraced a variety of new technology options that best suit our needs. Although this positive change makes transactions much more convenient, it also opens us to mistakes, scams and other fraud.

It is easier than ever to make business and personal payments. We can choose to use electronic transfers, card payments, PayPal, Apple Pay, BACS, CHAPs and so many more. But, as we enjoy all this comfortable convenience, there is always a nagging concern – what if I make a mistake? What if I type in the wrong account number, or the wrong amount? Or, what if I do not actually owe the sum that’s taken from my account? Will I ever recover my money?

Our financial services lawyers look at how the UK law treats mistaken payments, when and how it allows these to be recovered, and instances when a recipient may be allowed to keep the money.

What is a mistaken payment?

A mistaken payment is different from a fraudulent transaction - where a person or business is tricked into paying money to a criminal’s account rather than the genuine account they intend to credit. It is usually an accidental transfer of money to someone who has no entitlement to it. This may happen because of a mistake made by the individual or business making or requesting a payment, or by their bank. It is also called a “misdirected payment”, or, in banking terminology, “misapplied funds”.

Such frustrating errors may occur in everyday situations when we are trying to contribute to a gift for a friend or to donate to a charity. Or they happen in significant or life changing transactions such as when a pensioner lost his £193,000 inheritance money after giving the paying solicitor the incorrect sort code for his account.

Mistaken payments may also be made to people or businesses who are known to us, but who are not in fact owed money by us. A standing order may not have been revoked even though your contract with a utility has ended, or a direct debit may be made from your account after a flight or hotel booking is validly cancelled.

The mistake when making payment may be one of fact - such as thinking that a bill is outstanding when it has already been paid, or a mistake of law – for example, paying tax without realising it is not legally allowed to be charged.

May a mistaken payment be recovered?

Even though the payment mistake may be entirely your own making, if a person or business is unjustly enriched at your expense, the law allows you to recover your money. This legal remedy is called “restitution”. The recipient of the mistaken payment may repay you voluntarily, or you may have to institute more formal legal action to successfully recover your loss.

You can recover the full value of the enrichment that has been enjoyed at your expense. This means both the amount of the money that was paid and possibly its use value while it was erroneously held. In certain situations, courts have allowed compound interest and bank charges to be reclaimed.

What to do if a mistaken payment is made

As almost all payments these days are made directly or indirectly from our bank accounts, the first thing to do once you realise that a mistaken payment has been made is to contact your bank. In most cases your bank cannot simply reverse the payment but should begin acting within the sector’s misdirected payments recovery framework to give you the best opportunity to recover the money. Banks processing digital transactions through the payment services Faster Payments and Bacs (about 95%) must act within two working days of being alerted. Where the recipient does not dispute that the money was sent to them by mistake, it will be returned you by the bank within twenty working days. If, for some reason, this is not possible, your bank should advise you on what action you may next take.

How to recover a mistaken payment

Reversing a payment ultimately needs the co-operation of the recipient of the money, so success will usually depend on whether you know the identity of the recipient. If you mistakenly paid a person or business twice, or paid the incorrect customer, the recipient is clear, and contacting them directly as soon as possible will probably resolve the situation. However, if you mistakenly transferred money to a stranger’s account, they need to consent to a reversal of the payment, and you therefore need the support of your bank and the receiving bank to contact that person, and to persuade them to allow the money to be repaid. In the interim, the receiving bank may also freeze an amount equal to the mistaken payment in the recipient’s account.

If the recipient refuses to return the money, you need to obtain their details in order to pursue the matter. These should be requested in writing from your bank, giving them a reasonable amount of time to respond to you. If the bank refuses to provide these details on data protection grounds, you will need to get a court to order compelling the bank to disclose this information. A solicitor is best placed to assist you with this. Once you have these details, you may contact the recipient directly. If the recipient continues to refuse to repay the money, you need to take legal action against them.

What if the recipient is my employee?

A mistaken payment to an employee may occur if there is overpayment of salary through an administrative or computational error. Employment law protects employees from unlawful deductions from their wages, but expressly allows employers to recover overpayment of salary or expenses. However, if the overpayments were made over a long period of time, perhaps because of a payroll error, or if the overpayment was made some months before and has only recently been discovered, an employer is advised to work out with the employee how best to repay the mistaken amounts. The employee may have reasonably believed that they were entitled to the money, and they have spent it, or at least adjusted their lifestyle so that they now rely on receiving the higher amount.

May a recipient ever keep the money?

The usual answer is No. You may only keep money that was intended to be deposited into your account. If it was paid by mistake, you cannot keep it. If you refuse to return it, or if you spend it, you may face a criminal charge. If you notice an unexplained payment in your account, you should contact the bank immediately to investigate it and have it reversed. Failing to do this may not only result in a charge of theft but may be assisting in money laundering if the funds have been obtained illegally.

However, there are some situations where a recipient may keep a mistaken payment. The first is if the recipient has experienced a detrimental change of circumstances linked to the unjust enrichment since the payment was made, and it would be unfair to force repayment. Usually this means that the money has been spent, and the recipient has no way of repaying the money. However, there must be a credible argument as to why the recipient believed that the money could be kept and spent – otherwise it would simply be theft. For example, a part-time bank worker who was overpaid £7,500 a year for three years won a court case to keep her windfall by successfully arguing she had assumed the increase was a promised pay rise.

A recent, notorious example of funds being allowed to be retained occurred in 2020 in New York, when Citibank, in the process of making an annual interest payment to lenders of its customer, Revlon, mistakenly also repaid the capital of the loans in an amount of almost $900 million. Some lenders voluntarily repaid this amount, but those who did not were allowed to retain the money as the court considered that this discharged valid debts. If this case had occurred in our country our courts may have reached a similar conclusion.

What can be expected in the future?

In 2019 the Payment Services Regulator directed the UK’s largest banks to introduce “Confirmation of Payee”, to prevent scams and accidentally misdirected payments by letting customers know if the account name they have entered matches the account name of the recipient. This directive has been extended to almost all banks and building societies.

As cash continues to decline as a payment method, both the banking industry and government are under pressure to provide better safeguards to protect customers. Vigilance and quick action will continue to be the best defences against mistaken payments, and the expertise of a financial services lawyer may give you the best chance to recover your money.

A version of this article first appeared in Company Secretary’s Review in December 2021.

Welcome to our microsite, please tell us your name, company and email to chat with a member of the team.